Two countries and a continent: In remembrance of Stephen Ellis (1953-2015)
by Jos Damen
(ASC Librarian)

Stephen Ellis had roots in two European countries, but he was fascinated by a much larger continent, Africa. The fascination started as early as 1971, when he was a teacher in Cameroon. The two countries were the UK and the Netherlands: born and raised in Britain, Stephen worked much of his professional life in The Netherlands where he lived with his Dutch partner Gerrie ter Haar. […] I hope that this bibliography makes all his works even more accessible to readers.

This volume, in the series Vitality of Indigenous Religions, edited by Graham Harvey, Afeosemime Adogame & Ines Talamantez, offers a significant contribution to the new and strongly emerging field of non-religion and secularity studies. That field that has mainly been developed in the last decade for secularising Europe and North America, but hardly yet for the rest of the world. Religion and Non-Religion among Australian Aboriginal Peoples is, therefore, a pioneering study. It draws on Australian 2011 Census statistics to ask whether the indigenous Australian population, like the wider Australian society, is becoming increasingly secularised or whether there are other explanations for the surprisingly high percentage of Aboriginal people in Australia who state that they have ‘no religion’. Contributors from a range of disciplines consider three central questions: How do Aboriginal Australians understand or interpret what Westerners have called ‘religion’? Do Aboriginal Australians distinguish being ‘religious’ from being ‘non-religious’? How have modernity and Christianity affected Indigenous understandings of ‘religion’? These questions re-focus Western-dominated concerns with the decline or revival of religion, by incorporating how Indigenous Australians have responded to modernity, how modernity has affected Indigenous peoples’ religious behaviours and perceptions, and how variations of response can be found in rural and urban contexts.

The personal website of Jan G. Platvoet is now online. It includes a wealth of resources related to the study of religion in Africa and elsewhere. Visit the site here: Jan Platvoet Website 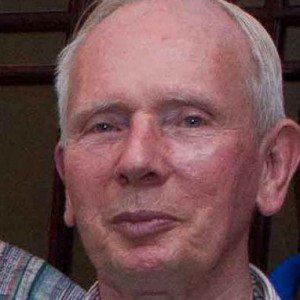 Advaita Vedanta and Akan: Inquiry into an Indian and African Ethos (Indian Institute of Advanced Study, Shimla, 2015), by Veena Sharma, places the yet unexamined consonances and dissonances between two disparate world views – one Indian and the other African – under a comparative lens. It seeks to set up a cross-cultural dialogue even as it aims to understand the two on their own terms through their own epistemological constructs. Through an exploration of the concepts of God and the Human Person, it unravels the aspirational goals framed by each, the degrees of ultimate perfection sought by it and the contributions the two traditions make to human civilization.

The book foregrounds the fact that there are many ways of approaching fundamental questions regarding the human condition, each valid in its own historical and geographical context. It provides an insight into how each world view points to a different approach to the universe; to relations between the Divine and the world, and between humans and humans, leading to different types of social formations and related issues and having far reaching influence on their understanding of morality, ethics, justice, group cohesion and how they deal with defaulters. An understanding of those approaches can enable sharper insights and deeper reflections into the strong and weak points of one’s own particular tradition.

The field work shows that despite sustained and pervasive exposure to other belief systems – especially the colonial intervention – the two indigenous systems continue to deeply impact the mindsets of their followers.

In a global environment of increased social interactions the book seeks to showcase freshly negotiated relations that transcend traditional prejudices and biases.

This website uses cookies to improve your experience while you navigate through the website. Out of these, the cookies that are categorized as necessary are stored on your browser as they are essential for the working of basic functionalities of the website. We also use third-party cookies that help us analyze and understand how you use this website. These cookies will be stored in your browser only with your consent. You also have the option to opt-out of these cookies. But opting out of some of these cookies may affect your browsing experience.
Necessary Always Enabled

Performance cookies are used to understand and analyze the key performance indexes of the website which helps in delivering a better user experience for the visitors.

Analytical cookies are used to understand how visitors interact with the website. These cookies help provide information on metrics the number of visitors, bounce rate, traffic source, etc.

Advertisement cookies are used to provide visitors with relevant ads and marketing campaigns. These cookies track visitors across websites and collect information to provide customized ads.

Other uncategorized cookies are those that are being analyzed and have not been classified into a category as yet.